A general view of the AMEX Stadium, Brighton.

The exit from this year’s FA Cup at Wolves on Monday night was lamented only in some quarters.

While traditionalists bemoaned the passing up of a chance to win a trophy, Jurgen Klopp’s touchline demeanour told its own story. Seldom as animated on the sidelines as we’re used to seeing, the German’s rueful smile after Divock Origi’s rasping Molyneux equaliser was the big reveal; his sights are quite naturally fixed elsewhere on a much bigger prize.

Seventeen league games stand between Liverpool and an unparalleled achievement in the modern era. There is still a daunting task ahead before legions of Reds’ fans can fully realise a lifelong dream but the vision is clear and there is a good deal more than hope beating in Liverpudlian hearts.

Klopp has made good on his promise to turn doubters into believers in the Anfield stands and the same level of conviction courses through the veins of his players.

The reverse at the Etihad last week might have cost Liverpool the chance to preserve a seven point lead or extend the gap to a scarcely believable ten but little was lost in the manner of defeat. Manchester City celebrated their victory with gusto and rightly so but there was an air of relief and desperation at the final whistle from their players from which Liverpool can take heart. City had enjoyed the balance of fortune but still had to strain every sinew to get their win; the Reds reminding the hosts that to retain their title they must overcome a team which is relishing an epic scrap.

Liverpool’s twenty match unbeaten run since the start of the season has changed the psychology of the title race not only in the minds of the chief protagonists but also in the eyes of the rest of the Premier League.

The Reds travel to Brighton with the Seagull’s manager Chris Hughton the latest to wax lyrical over Klopp’s work and declare Liverpool favourites. Hughton admits, “This season shows what a great job he has done. He has made good decisions. Virgil Van Dijk could arguably be the signing of the season, the goalkeeper that has come in is outstanding and they are better prepared than any other time with the quality they have got.”

Brighton ran Liverpool close back at Anfield in August, escaping with just a slender 1-0 defeat, but Hughton will also be mindful of last season’s twin thrashings with the Reds running out 5-1 winners at the Amex Stadium before an emphatic 4-0 home win rounded off the campaign.

This term Liverpool have been faultless in despatching the league’s also-rans away from home and during the nine consecutive victories which propelled them to the front before Christmas, wins at Watford, Burnley, Bournemouth and Wolves have underlined their credentials. Previous title challenges have withered on the vine of unexpected defeats at the homes of teams either fighting relegation or muddling along in mid-table but this season’s swagger on the road against the lesser lights has been the bedrock of this season’s relentless accumulation of points.

Klopp’s major current headache is the injury crisis he faces at centre-half with Joel Matip and Joe Gomez still unavailable and now Dejan Lovren on the sidelines with a hamstring strain inflicted within minutes of Monday’s cup-tie.

Thankfully, Fabinho exhibited all the nous of a regular at the back

and should be an able deputy alongside Van Dijk. Trent Alexander-Arnold and Andy Robertson will return in the full-back positions in a defence charged with repelling the threat of Brighton’s evergreen striker Glenn Murray who has eight goals in twenty-one outings.

The rest of Klopp’s line-up largely picks itself, with Jordan Henderson and Gini Wijnaldum likely to start in midfield and Xherdan Shaqiri combining with Sadio Mane and Roberto Firmino behind Mo Salah in a return to an increasingly familiar 4-2-3-1 formation.

With home games to come against Crystal Palace and Leicester, the Reds have the opportunity to embark on another winning run. The defeat at Manchester City might have momentarily taken the wind out of Liverpool’s sails but it is how they respond that will be a truer measure of their ability to stay in front. Everything we’ve seen so far suggests Klopp’s determined, cold-blooded band of brothers have the fortitude to withstand the pressure. 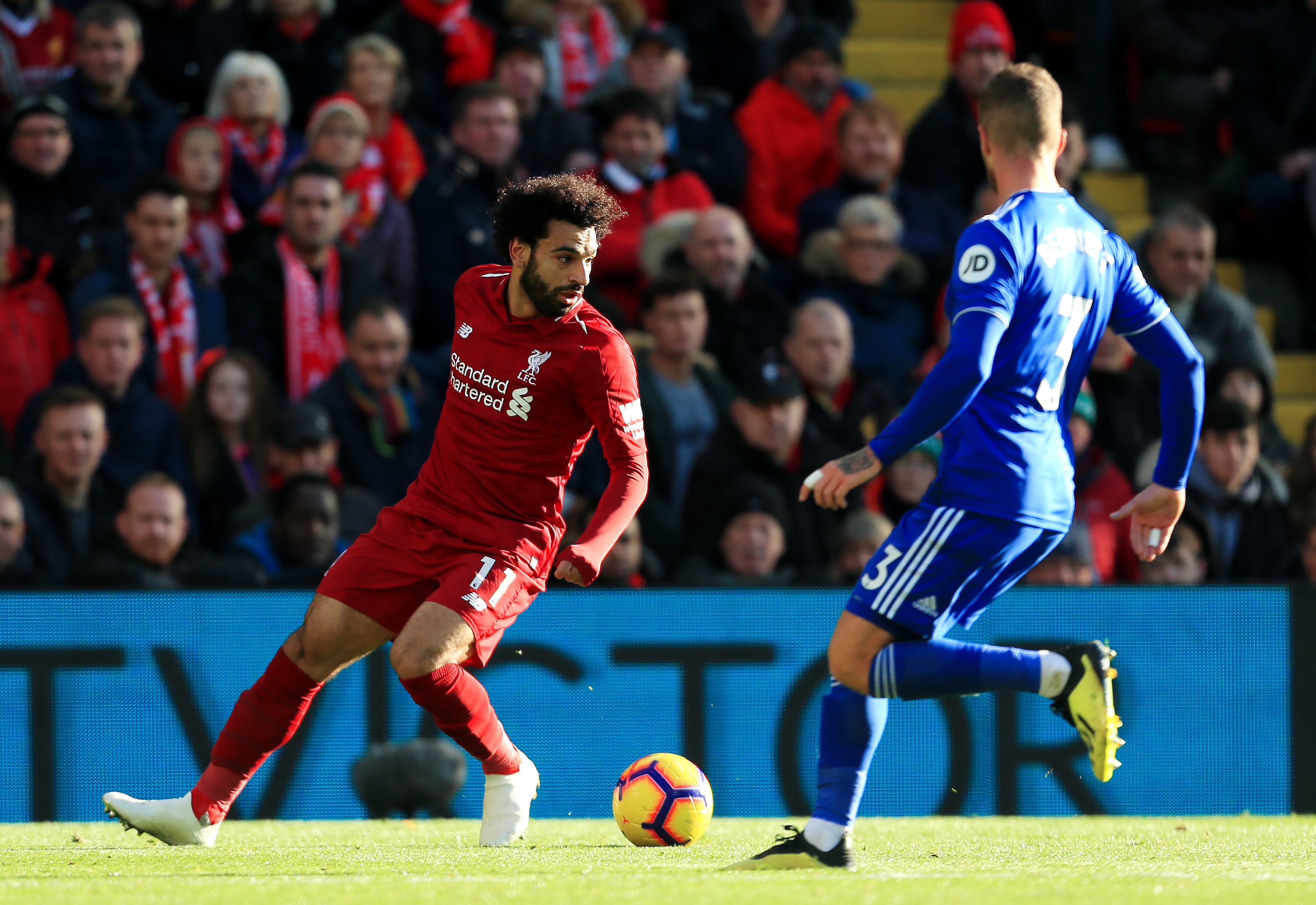