We take a look at some key areas where the match could be won or lost - including betting tips with enhanced odds!

Liverpool head to Brighton on the back of back-to-back defeats against Manchester City and Wolves.

The reverse fixture back in August, a 1-0 home win, was called a ‘wake-up call’ by Jurgen Klopp, so this trip to the south coast won’t necessarily be an easy ride.

After their recent stumbles, the Reds need to get back on their horse though. We’ve looked at the form of the two sides and some areas where Liverpool could exploit.

Brighton aren’t a bad team to be playing during the kind of small defensive crisis that the Reds are in at the moment. Their shots from open-play generate the lowest amount of expected goals in the league and, outside of Glenn Murray, there’s not a lot of threat in the Seagulls’ team. 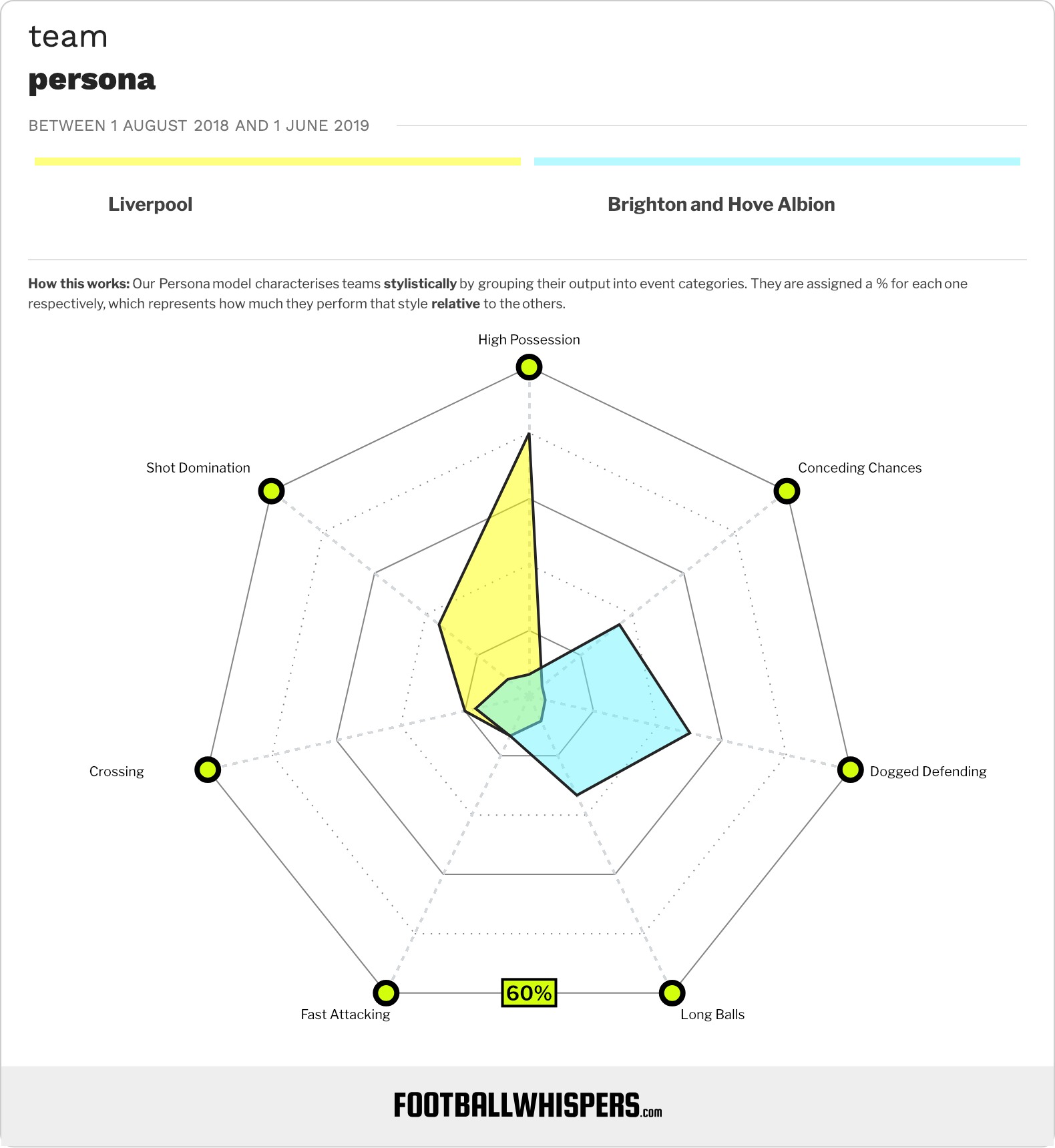 They’re in bullish form, though, after draws against Arsenal and West Ham and a win over Everton in their last three outings. Manager Chris Hughton clearly has his head around Liverpool; he tipped the Reds as genuine title contenders back in August.

It should be a fairly routine win, not wishing to jinx it. Looking at expected goals, which judge the quality of chances that a team or player takes, Liverpool have the second-best attack in the league and the best defence. Brighton have a bottom-third attack and a midtable defence.

Check out all our markets for Brighton vs Liverpool

Both teams to score?

Brighton’s 24 goals put them 12th in the league for goals scored, with the majority of them quite evenly spread out. Hughton’s side have only scored more than once in a match on six occasions but have only failed to score at all on five.

With uncertainty over the central defensive partnership, Brighton could use this to their advantage. Fabinho (if he’s the one who fills in) may be tall, but defending crosses to strikers like Glenn Murray is more about communication than it is height.

Of course, Liverpool are expected to score — odds on them scoring over 0.5 goals are just 1.05*. After Brighton hit double figures for clean sheets last season, they’ve only managed four so far this campaign, as we get well into the second half of 2018/19.

Liverpool to score in both halves

If Liverpool are to score multiple goals, there’s a decent chance that there’ll be one in each half. Twenty of the Reds’ league strikes have come in the first half with 27 in the second (Klopp’s men have also benefited from two own goals). Brighton’s goals conceded have an even more even split, with 15 and 14 either side of half-time.

The most balanced of Liverpool’s attackers is Sadio Mane. His eight league goals have been split exactly 50/50 between the two halves.

Brighton will bunker down and try and put as many defenders in the box as possible in order to stop Liverpool. Hughton’s side have the lowest number of possession regains in the attacking and midfield thirds, while the second-most in their defensive third. That tells you all you need to know.

Liverpool have plenty of players who can make things tick from outside the box though. Brighton may need to double or triple up on their left-hand side with Mohamed Salah and Xherdan Shaqiri possibly lurking, both of whom are more than capable of curling a strike from outside the area.

Not only does the threat from more than 18 yards give Liverpool an extra chance to get a goal, but it will keep Brighton honest and force them to close down further away from goal than they might like to, which could open up spaces in and around the box.