Fabinho has earned a Brazil recall but is still on the fringes at Liverpool. It's time for the former Monaco man to be given his chances

Jurgen Klopp is very much his own man. Football may not inspire revolutionary-like levels of non-conformism but the German hasn’t got to where he is in the game by following the leads of others. He has set his own path and continues to tread it.

However, Brazil national team manager Tite may this week have planted a seed in the Liverpool coach’s head in terms of how to introduce Fabinho into the first XI.

Our friends at Football Whispers take a look at why it’s time for the Brazilian to get his chance at Anfield.

In what has largely been a perfect start to the season for the Reds, barring Alisson’s indiscretion against Leicester, Fabinho has provided the only real source of negative – in the loosest sense of the word – debate around Klopp’s side.

The Brazilian was one of three high-profile arrivals this summer designed to fix overriding issues within the Liverpool team; Alisson certainly looks to be an upgrade on Simon Mignolet and Loris Karius, Naby Keita has provided plenty of energy in midfield but the defensive control Fabinho was supposed to herald is yet to be seen.

Instead it’s been provided by James Milner and Georginio Wijnaldum who have been excellent in the engine room across Liverpool’s four Premier League games, albeit with their biggest test of the season against Tottenham to come on Saturday. 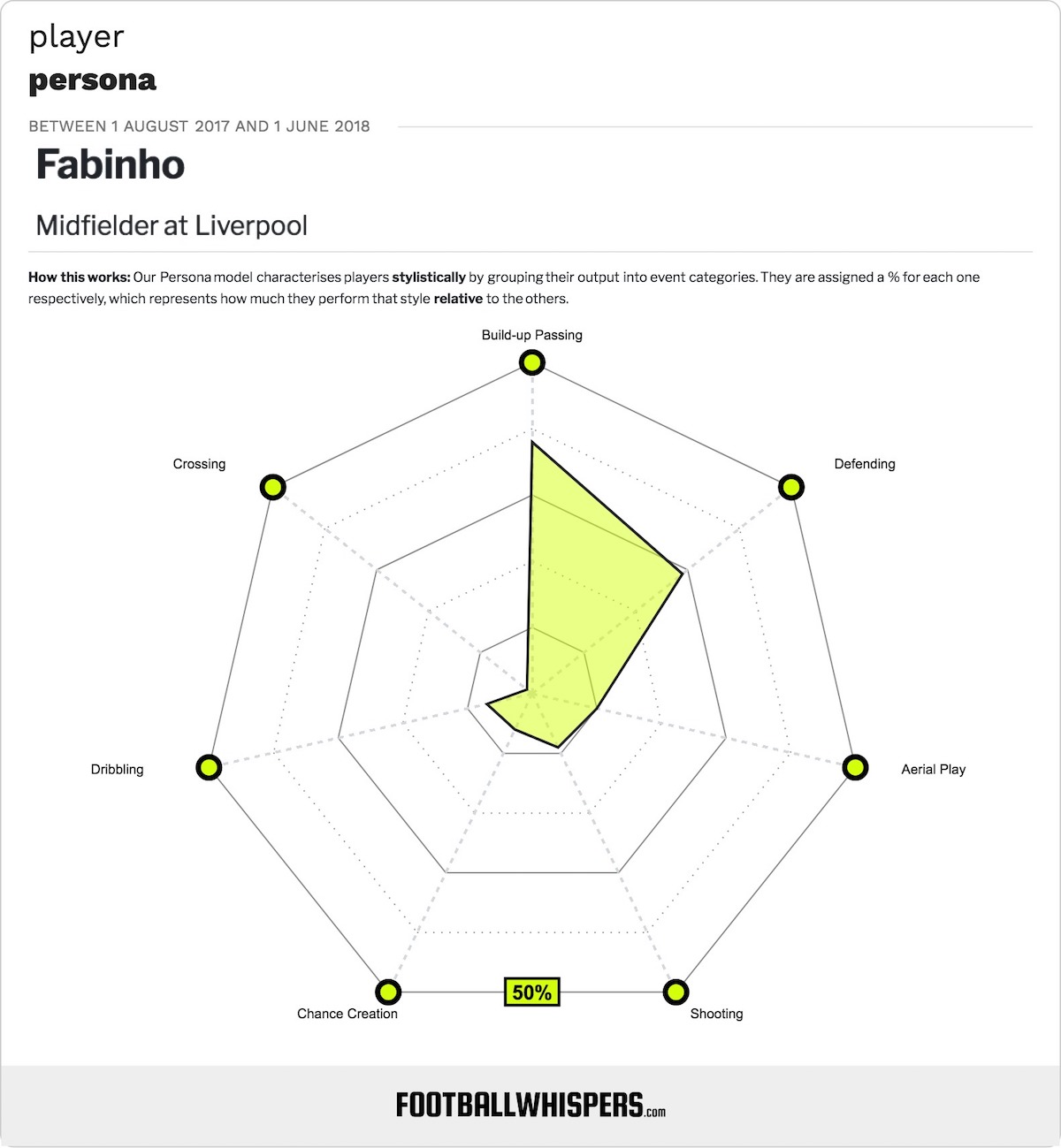 Liverpool are 3.65 to win the Premier League this season*

Milner and Wijnaldum’s displays have allowed Fabinho to settle at the club, adapt to training, Klopp’s methods and Liverpool as a city and England as a country. It was six years ago he arrived in Europe, briefly with Portugal’s Rio Ave before quickly transferring to Real Madrid.

And throughout his progression he’s always been something of a slow starter. Unable to make a real impact at Madrid, other than be at the centre of a political debate between then manager Jose Mourinho and the board over the lack of opportunities afforded to academy graduates, he moved to Monaco where it still took him a season to become a true regular.

His time at Anfield could well follow a similar pattern, although with Milner and Wijnaldum playing so well and Jordan Henderson also performing at a level that makes it hard to drop him, Fabinho’s introduction to the first team could come in a different area.

Despite his lack of first-team action in England, he was named in Tite’s squad and earned his fifth cap against the United States as a right-back.

Of course, it’s not a position wholly unfamiliar to Fabinho. He arrived at Madrid as a right-sided defender, made his debut for the club in the position and Monaco took him on loan, before making the deal permanent, essentially as a defender.

It was during his time at Stade Louis II that he developed into a true defensive midfielder but having excelled in the role it’s become his nominated position, even with his history as a defender.

There has always been a relationship and synergy between defensive midfielders and full-backs, with similarities between the positions: Philipp Lahm, Joshua Kimmich, Michael Essien and Emre Can a few of the players in the modern era who have flipped between the two.

Liverpool are 11.0 to win the Champions League this season*

Fabinho is just 24 but has established himself, at least in France, as capable of playing in both positions, and certainly well enough for Brazil to use him there so could he do the same for Liverpool?

Trent Alexander-Arnold has done little to suggest he deserves being dropped and while with Joe Gomez now finding his place as a centre-back, and a very good one at that, Klopp still has Nathaniel Clyne in reserve.

But while Fabinho may not possess the same explosive pace as Alexander-Arnold or Clyne, he’s better on the ball than both Englishman and that idea of controlling midfield could also be transposed to the right-side of defence.

Alexander-Arnold’s talents in a forward capacity, especially his crossing and overall service, are reasonably well-established and Clyne is maybe not as good offensively but is a tenacious defender, however neither are particularly good at keeping the ball.

In Alexander-Arnold’s case that should come through time but Fabinho gives Klopp an option to bring in another passer and support the midfield when in possession. It’s probably come too soon, but Spurs on Saturday, where the Reds may look to dictate the tempo, would be perfect for him.

The question, though, is how he’d react in a defensive capacity and the United States match last week offered little insight with Brazil mainly on the front foot throughout the game.

But during his time with Monaco he was playing against wide attackers of significant quality and although the pace may not be quite as relentless, as an international-quality footballer he should be able to adapt.

Thrown into a match-up with Eden Hazard or Raheem Sterling may be too big a leap but on September 22, Liverpool host Southampton four days after their first Champions League game of the season against Paris Saint-Germain.

Assuming Alexander-Arnold will start in that contest, the encounter against Saints, with legs in need of rest, and the visitors among the weakest attacking sides in the Premier League, it should be an ideal chance Fabinho to make his bow.