After the match in Munich and victory over Bayern, we look at five things we learned as Liverpool made their way into the Champions League quarter-finals. 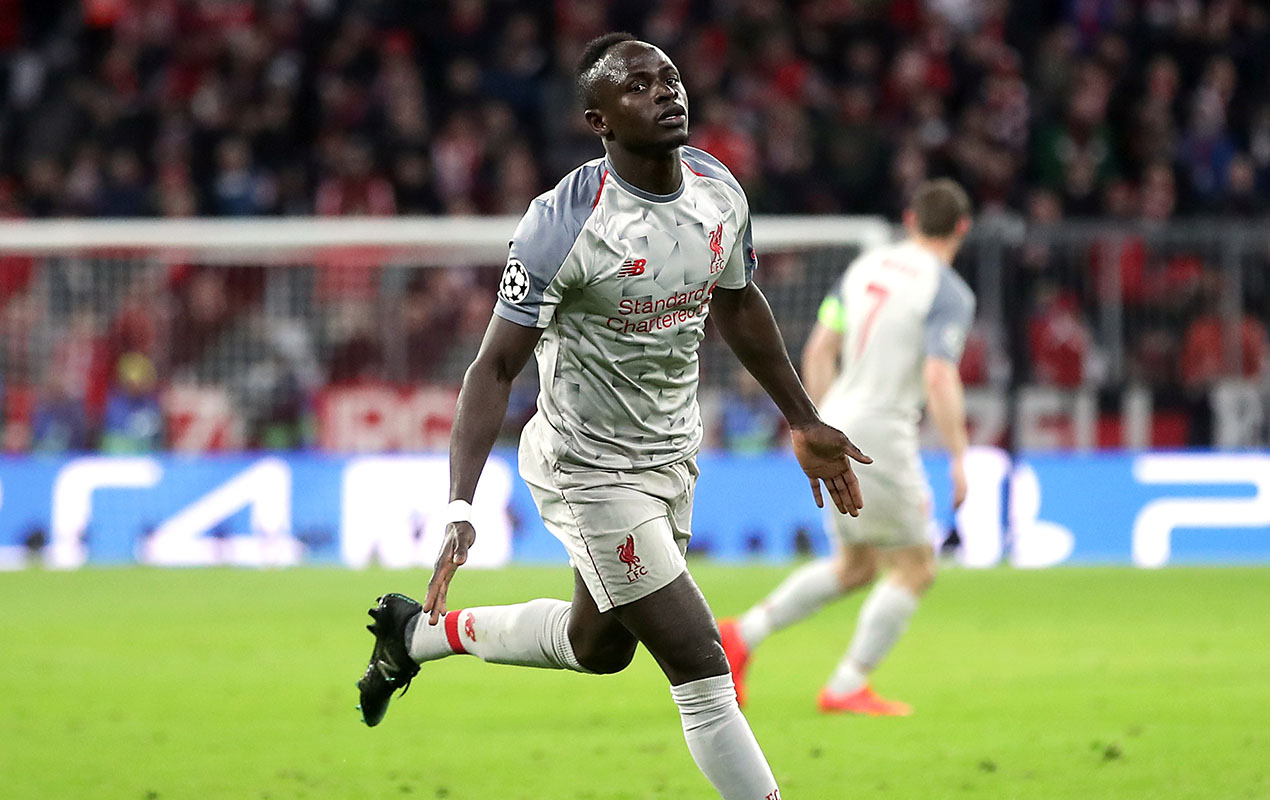 It was expected to be a difficult match in Munich and, for much of the game, it was. But it ended up being pleasantly comfortable.

The 3-1 win means that Liverpool are in the hat for the Champions League quarter-finals, and here are five things we learned from the win over Bayern at the Allianz Arena.

The nature of these matches is that a team will need someone to step up when the moment arises. For Liverpool, Sadio Mane did that superbly.

Not only was he spectacularly cool for the opening goal (in a way that Manuel Neuer very much wasn’t), he was influential throughout the match. His energy in pressing Bayern high up the pitch was almost as important as his goals.

Fulham vs Liverpool Enhanced Odds
Sadio Mane to score first and Liverpool to win vs Fulham
WAS 6.00, NOW 6.75*

It doesn’t show up in the conventional stats — he’s credited with only one interception and five ball recoveries — but the German side struggled to have any spell of sustained possession. In large part, that was because of Mane.

The goals were superb though, scoring with both of his shots in the game, making good runs and taking his chances. He now has 19 goals in all competitions this season, and he deserves them.

When the lineup was announced, some were sceptical about the choice of what was quite a conservative midfield set-up.

Jordan Henderson, James Milner, and Gini Wijnaldum are capable players, but none have the kind of creative spark that some other midfielders — Naby Keita, for example — possess.

Henderson went down injured early on and was replaced by Fabinho, but it was a like-for-like replacement. And, as the game wore on, it proved that the strategy was a good one.

The Fab-Mi-Wi trio made 23 ball recoveries between them during the match, doing crucial work in preventing Bayern from being able to create attacks.

Klopp knows what he’s doing after all.

Liverpool can be clinical

The Reds have been going through a difficult patch in the past couple of months.

Between the first leg against Bayern and games against Manchester United and Everton, The Reds had three big where they failed to score. More than that, the attack struggled to threaten much at all.

Goals had been coming against the smaller sides — Watford, Bournemouth, Burnley — but this showed that Liverpool can still turn it on when needed.

Not only did they get the crucial goals, but Klopp’s men managed six shots on target from ten total attempts. Bayern only got two of their seven on target. This was a match which would be won or lost depending on if the small handful of chances were taken, and they were.

Defence is the key

Although the front three are sparkling and eye-catching, when the Reds have been at their very best it’s been built on the most solid of foundations.

Bayern have scored 62 goals in 25 games in the Bundesliga, an average of almost 2.5 per game. They’re a very good attacking side. And yet Liverpool kept them extraordinarily quiet.

As mentioned, they only mustered seven shots and two on target, and you’d have been forgiven for forgetting that Robert Lewandowski was even on the pitch. The Pole only successfully received 21 passes, and around half of these were in the middle third of the pitch.

Similarly, Bayern’s wingers were, for the most part, kept quiet. Although Serge Gnabry set up Bayern’s sole goal, he didn’t manage a single successful take-on in the match. Franck Ribery only pulled off two of his five attempts.

Some players need a rest

However, some players looked a little leggy at times.

Andy Robertson was caught out a couple of times. It’s not particularly surprising when you consider that the Scot has already almost played the equivalent of 36 full matches in all competitions (3217 minutes) and it’s only mid-March.

Add onto that international minutes and the fact that he plays in the position that requires the most athleticism on the pitch, and no wonder he’s not at his best.

James Milner and Gini Wijnaldum have also had to do a lot of the running in midfield (and at right-back, in Milner’s case) this season. With Alex Oxlade-Chamberlain almost back from his long lay-off and Naby Keita, presumably, getting to grips with Liverpool’s system more and more each week, maybe they’ll get a rest soon.

Strategic rest could be a big part of the last couple of months of the season.