Can we all just have a day off to think about Alisson's save against Napoli?

There were a couple of key fiscal pieces of advice I was constantly given when I was a child – “buy cheap, buy twice” and “you get what you pay for.”

Both of these are wildly subjective when it comes to life, but do have some grounding in football. Loris Karius was £6m but so was Pepe Reina and Andy Robertson also only cost £8m, so buying cheap does not necessarily mean buying twice. Alberto Aquilani cost £17m (big money nine years ago) and was a disaster, yet Virgil van Dijk is a bargain at £75m and Alisson is fast gathering the same grounding at £66m.

After his dramatic last gasp block last night, the Brazilian number one repaid a significant part of his fee. By stopping Arkadiusz Milik’s late toe poke, a save he had no right to make, Alisson guaranteed at least £10m extra prize money for the Reds and I have no doubt more money from the many incentive based sponsorship deals we have too.

Staying at the top table of European football is a huge deal for Liverpool, both financially and in terms of prestige.

And in the midst of what is officially our best start to a season, the context of that save is very important.

Of course, that’s now three enormous interventions in four matches from Alisson. His point blank save from Andre Gomes kept the scores level in the Merseyside derby, he reached to the top corner to deny Burnley an injury time equaliser and set up the third goal just a few seconds later at Turf Moor. And last night, he made his biggest intervention for the club yet. These are all key moments in the story of our season – a season where we are going to have hardly any room for error if we want to win any trophies.

The addition of a confident, commanding goalkeeper has made a huge difference to the way we play. Comfortable with the ball at his feet, Alisson is a pivotal part of the way we play out from the back. He keeps the ball well and is extremely composed. Apart from the aberration at Leicester City, when he dallied on the ball and cost us a goal, he has been responsible for very few troubling moments. It does seem as though the Brazilian has learned significantly from his blunder at the King Power Stadium and takes no such chances these days. 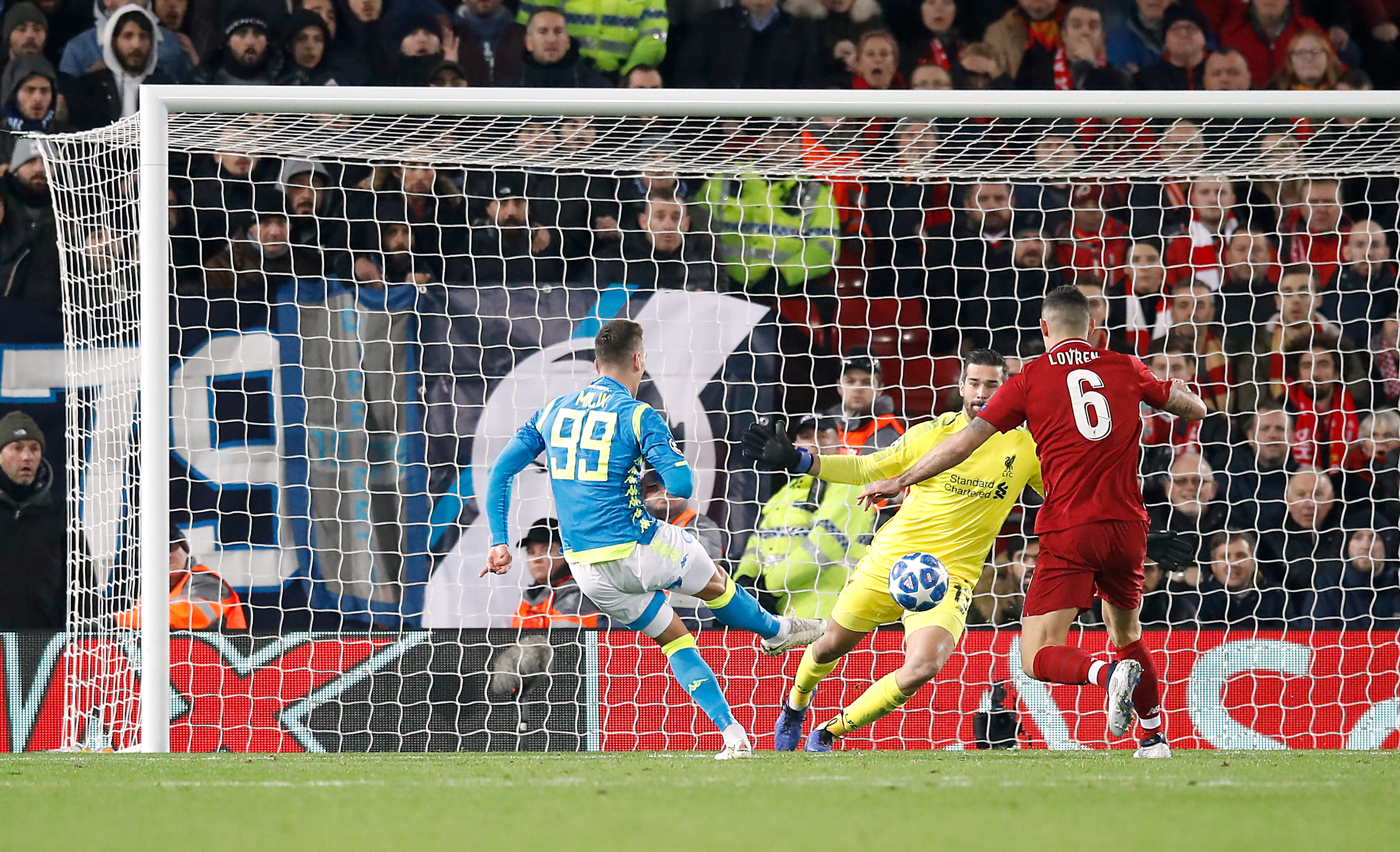 The fact of the matter is that we are so solid defensively, there are huge spells where the goalkeeper is nothing but a quarterback, making no saves but just recycling the ball. It is a huge testament to his ability that he manages to make such telling contributions in a team that gives so little away. But when he is needed, he contributes in fine style. Concentration is often what separates the top goalkeepers from the very good ones.

The confidence in our defensive displays comes from the fact we have signed one of the best centre halves in the game and the best goalkeeper we could sign for our system. Alisson is great with the ball, as previously mentioned, is a unit who will come for crosses with either a big punch or a catch and he is quick off his line. He has clearly been meticulously scouted in these departments and is perfect for the way we play.

And this is before we acknowledge his shot stopping abilities. That is no longer good enough for the modern goalkeeper – making saves is not the only thing they are judged on anymore. He has proven over the last few weeks that he is very capable of making exceptional saves – and because we defend so well, this is a part of his game we hadn’t seen too much of until lately. I do believe that his size has proven to be a huge part of that – the saves he made from Andre Gomes and Milik were all about being quick off his line and making himself as big as possible.

Get on our risk-free bet for Liverpool vs Manchester United here!

We have clearly scouted our man well and just decided to pay what Roma wanted because he would make the difference. It was an awful lot of money but with every passing week and every passing clean sheet, it is increasingly looking like chump change, just as it was with van Dijk.

By giving so little away we have transformed ourselves into one of the most feared defensive units in the country and teams are rapidly lining up to come to Anfield to just lose 3-0.

This is a huge weapon to have in your arsenal – just ask Manchester City.

It’s galling that we were dependent on Alisson to win the match last night given our complete dominance throughout the game, but I expect that Sadio Mané slept much better last night thanks to the heroics of his goalkeeper.