Aldo is back with another treble for the Premier League weekend and the odds have been enhanced by RedsBet! 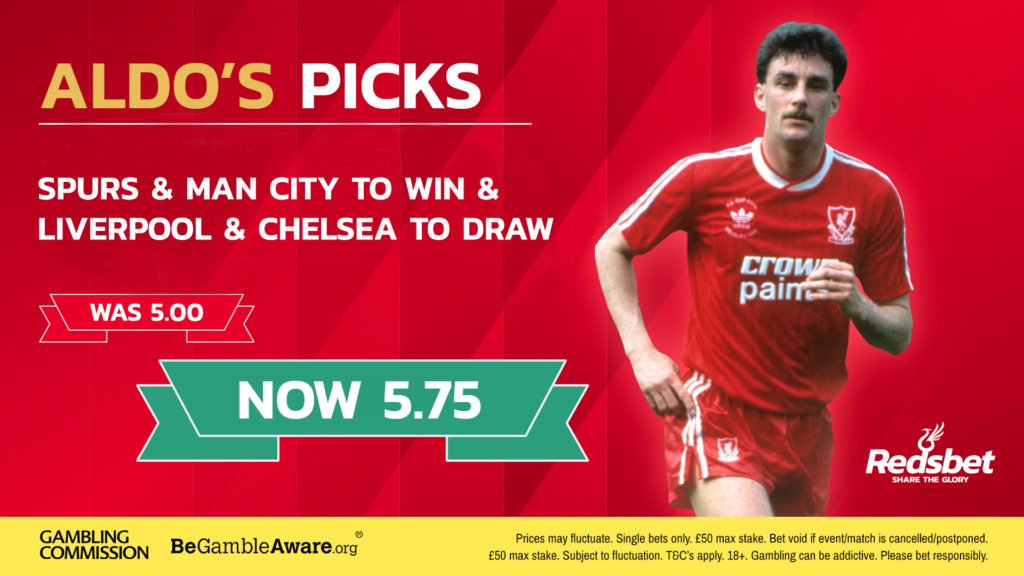 Spurs have been through a bit of a rocky patch recently but came through a tricky game at Brighton last weekend with a win. Harry Kane has been criticised for his performances for his recently but that goal at the Amex will do him the world of good. Huddersfield have started the season in poor form and it already looks like a long season for them and that’s what makes me confident of Pochettino’s men making it two wins on the bounce.

Guardiola’s side have continued where they left off from last season and will have the aim of going above us into top spot in the table, at least until we play later on anyway.

I really like Chris Hughton and the way he sets up his team but his side have only won two games away from home since earning promotion to the Premier League and I really don’t see them adding to that tally this weekend.

Jurgen and the lads will be reeling from the cup defeat in midweek and I expect us to go out all guns blazing. Chelsea have not taken anytime to settle under a new manager at all and were very impressive in winning their first five games. However, Sarri’s men were disappointing at West Ham last week and I expect Liverpool to definitely give them a tough game. It will be tight, both sides are yet to lose this season and I fully expect those records to remain in place at the end of the match.