A love letter to Egypt

This American travel blogger and Liverpool supporter fell in love with Egypt – and her pictures wearing a Salah shirt earned her a tweet from the Egyptian King himself.

I recently returned to my favorite country wearing my Mo Salah Liverpool shirt and I received the best welcome from everyone I came across.  The people of Egypt were so happy and proud to meet a Westerner visiting their country wearing their superstar’s shirt.

Egypt to win group A is currently 7/1 with RedsBet.

I’ve had a love affair with the country of Egypt ever since I was a school kid.  I’ve always had a desire to visit the country after learning about ancient Egyptian history and it was a dream come true to do so.  I first visited Egypt in January 2017 when I traveled to Cairo and Luxor and before Liverpool signed Mohamed Salah.  I wore my Liverpool shirt and Liverpool backpack for a few days during my trip and I had lots of people want to chat to me about football and Liverpool.  I noticed at the time there were a lot of Liverpool supporters in the country.  People were very curious about the fact that I was an American and a female football supporter. I really had some great conversations about football while in the country but nothing like the experience I had during my most recent visit!

Egypt to beat Uruguay is 6/1 with RedsBet. 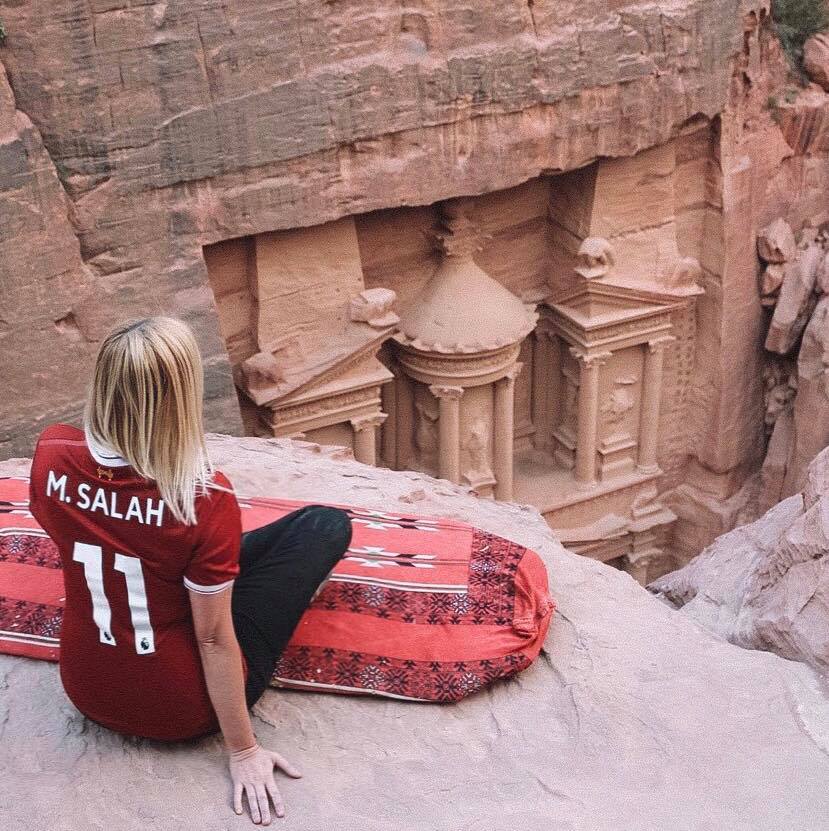 I returned to Egypt in April 2018 but this time wearing my Mohamed Salah Liverpool shirt.  It was during this trip to Egypt that I had one of my best travel experiences ever.  This was a short trip and I wore my shirt for one day at the Pyramids.  You can check out some of the images below including one in which I was surrounded by school children who were so excited to chat with me about their hero.  Mo Salah has really become a phenomenon in a country that is so proud of their culture and history and it was amazing to meet so many locals who wanted to talk to me about their love of Salah and their own country.

The people of Egypt truly are amazing and not only were they very hospitable when I was in their country, but they even showed me love after I left. When I began to share my images with my Mo Salah shirt at the Pyramids these images went viral. I’ve been traveling in my Mo Salah 2017-2018 Liverpool shirt in 10 different countries over the past year and many of these travel images began to go viral as well. 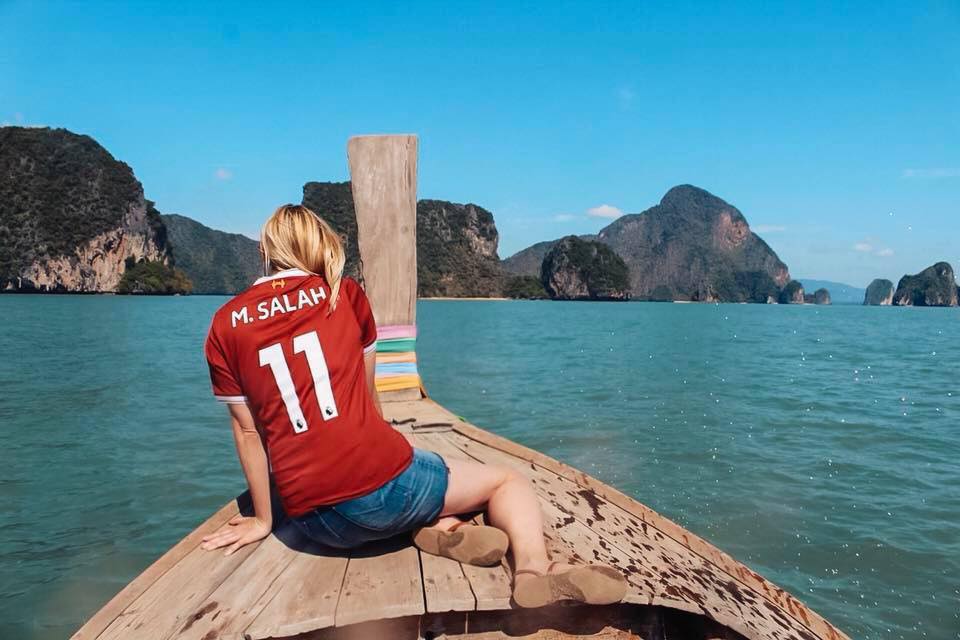 The Egyptian community online showed me so much love that some of the major football and news accounts shared the images with Mo Salah and he even Tweeted a response. 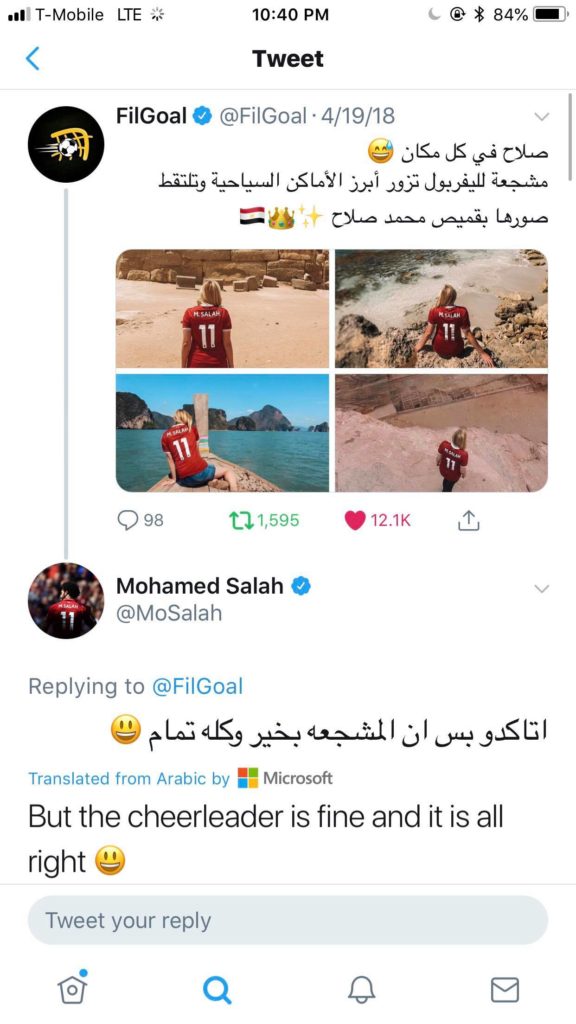 If you’ve never traveled to Egypt I highly recommend it as it is a very safe country despite what the media says.  It is also a country full of warm and genuine people who would love to see you wear your Liverpool shirt there.  I can only imagine what it would be like to visit there this summer with the hype of Egypt’s first World Cup qualification in 28 years.  It’s a country I could return to over and over again and I am looking forward to returning to the Egyptian King’s home in September! 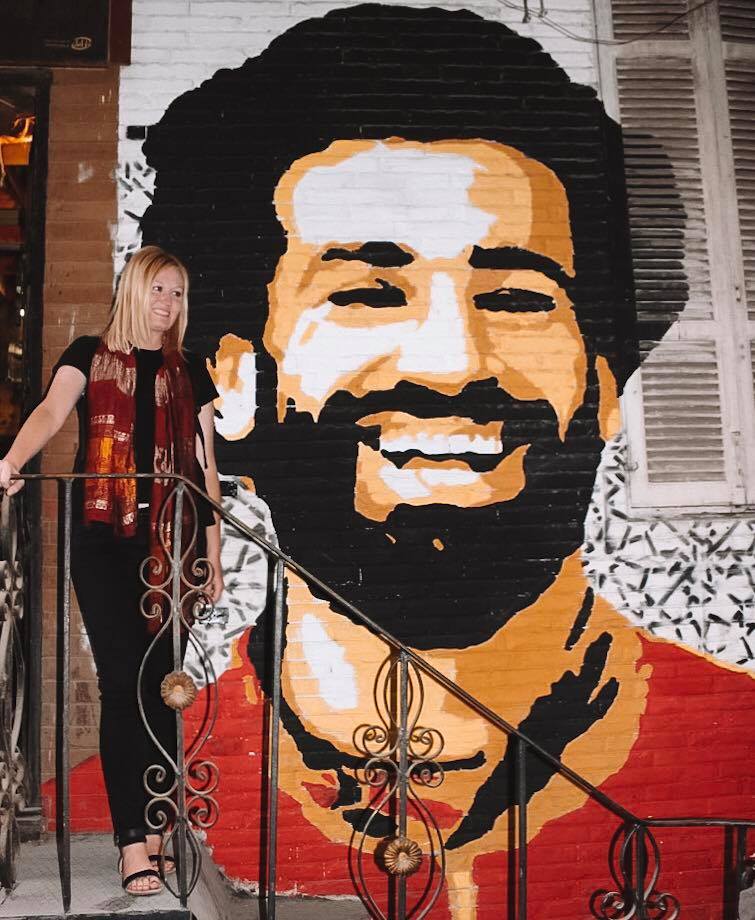