The festive period has brought some great gifts for Jurgen Klopp and his men.

Two weeks ago, the Reds’ lead at the top of the Premier League table was just one point. Now it is six.

They are no longer dark horses for the title; they are the favourites, the team in the best position to go on and win it.

Boxing Day’s emphatic 4-0 win over Newcastle was another typically dominant home display. Goals from Dejan Lovren, Mohamed Salah – who scored his 25th goal in 28 appearances at Anfield – Xherdan Shaqiri and Fabinho were enough to see off the lowly visitors.

It took Liverpool seven points clear of Manchester City, who fell to a second successive defeat away at Leicester. Now it is Tottenham in second, hoping this Liverpool team show some signs of fallibility in the coming weeks.

So far, they have appeared invulnerable. As expected, Jurgen Klopp’s side are scoring goals at a prolific rate but is their defensive record that is more impressive. Liverpool have, remarkably, conceded just seven goals in 19 games in the Premier League. If they continue at this rate, they will set records.

The Reds kept their 12th clean sheet of the campaign with victory over Newcastle. They are still unbeaten at the halfway stage – as Manchester City were last season – and are showing no signs of letting up.

There is still a feeling, though, that nothing has been achieved yet. Liverpool know better than most clubs how it feels to let a seemingly unassailable lead fall away. And there is still a long way to go this season.

Liverpool host Arsenal on Saturday, before a crucial trip to the Etihad to play Guardiola’s Manchester City.

“I had no idea how any other teams were playing,” Klopp said after the Newcastle win – quoted by RTE. “I didn’t even know where they were playing. Afterwards I got the results and I can say it didn’t do a lot for me. It is just information.

“It’s good that we have six points more than other teams, or seven, but that is pretty much all. What we wanted to do all the time was create a basis for the rest of the season. Now the first part of the season is over.”

Clearly, then, Klopp will not allow for any complacency. There are difficult games to come, and even the best – as Manchester City have demonstrated – can slip up. 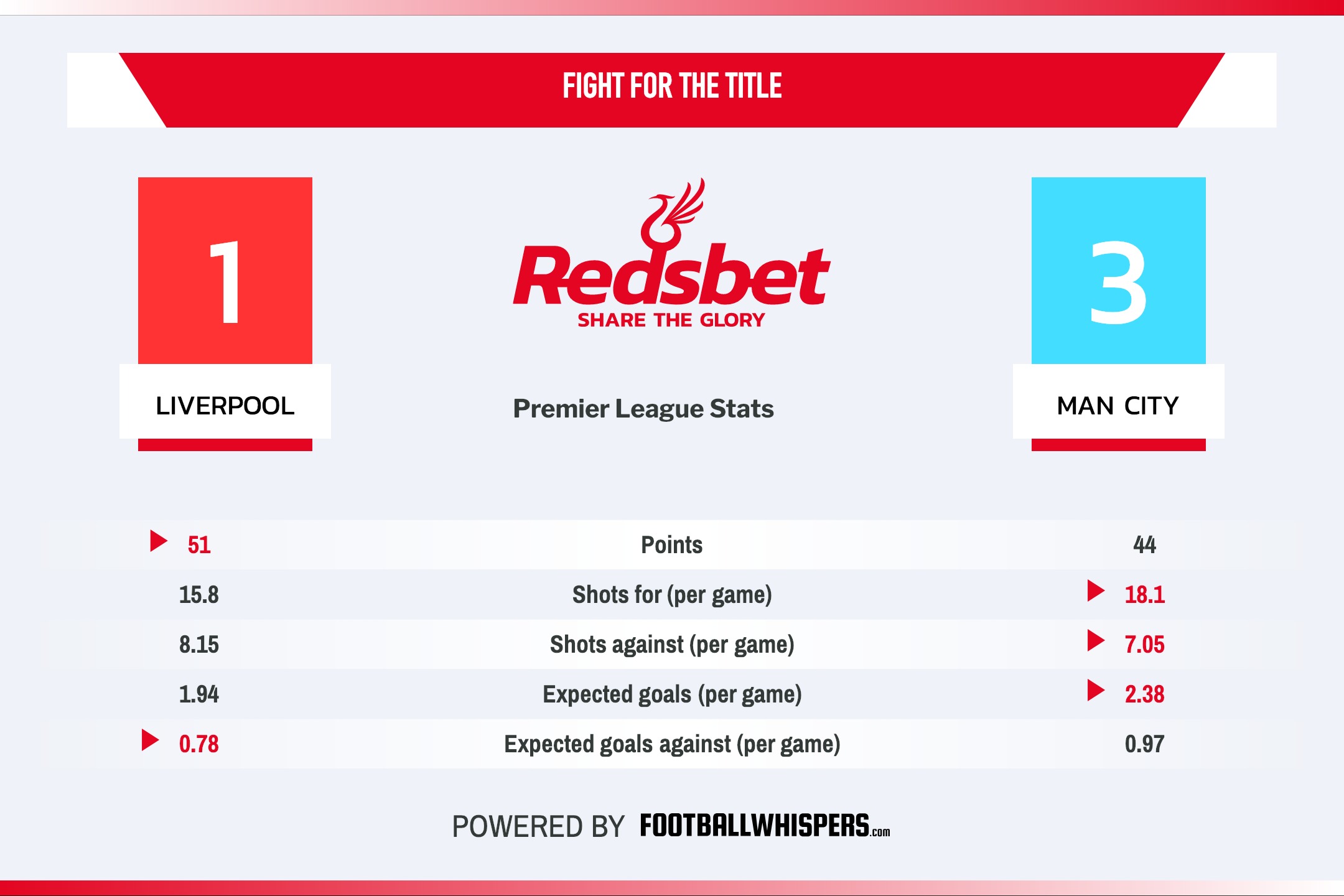 But Liverpool’s fans will be forgiven for getting carried away. In the Premier League era, they have been top at Christmas twice, and twice dropped to second by the end of the season. This time, though, it feels different. This is a team with resilience, a team with the ability to withstand the pressure that comes with a title challenge.

The stats bode well for Liverpool, too: their xG conceded per game is the best in the Premier League by some margin – 0.78 compared with Manchester City’s 0.96 – and they allow their opposition just 0.73 big chances per 90 minutes.

Breaking this Liverpool side down is an unenviable task, one that most teams have failed so far this season. This is, quite clearly, the best team assembled by the club in some time, and the excitement around Merseyside is palpable.

Still a long way to go

The challenge now is to navigate the difficult post-Christmas period with their lead intact. Liverpool’s failures of the past will no doubt be brought up constantly by rival fans over the coming months, but this side have demonstrated their ability to win when it matters, to grind out victories even when not on top form.

Crucially, there is now some breathing room. It had seemed Manchester City might keep up the relentless pace at the top right until the final day of the season. But that has not happened.

Last season’s champions, who most expected to repeat the feat in equally emphatic style this campaign, are enduring an anomalous slump in form. And Liverpool, as any title hopeful must do, have capitalised.

The events of the last few weeks have made things more tangible for everyone associated with Liverpool. The Premier League title had only been tentatively mentioned. It had seemed too far away to even contemplate. Now, though, the possibility is very real.

If Liverpool beat Arsenal and Manchester City in the next week, they will be strong favourites to win the league.