The Reds are decimated in the right-back department at the moment, Football Whispers take a look at some possible reinforcements they could bring in

While they have breezed through much of the season, Liverpool’s mettle is really being tested now.

The Premier League leaders face a mounting injury crisis at the back, with Joe Gomez, Trent Alexander-Arnold and Dejan Lovren all out.

And while Jurgen Klopp was boosted by the return of Joel Matip for the 4-3 win over Crystal Palace, right-back remains a position of immediate concern.

With Alexander-Arnold out for a month and Nathaniel Clyne loaned to Bournemouth, Klopp was forced to play James Milner there for the visit of Palace to Anfield, which ended with the 33-year-old being sent off.

Although Klopp has ruled out signing a back-up right-back in the January transfer window, it’s likely the Reds will look to strengthen that position come the summer.

We highlight five right-backs that the club should target.

One of the most consistent players in the Premier League this season, Doherty has been an integral part of Wolves’ impressive return to the top flight.

The Republic of Ireland international boasts some of the best stats for players in his position. Doherty ranks in the top ten for shots per 90 minutes, assists and aerial duels won while he has the most combined expected goals and expected goals assisted of any right-back in the league (with 6.43).

The 27-year-old’s determined runs down the flank would be a welcome addition at Anfield and could provide stiff competition to Alexander-Arnold.

He’s having a great first season in the Premier League with three goals and four assists. Chip in with a few more and he may find himself with a decision to make in the summer.

The Portugal international is enjoying an excellent first season with Leicester following his move from Porto last summer.

Pereira is quick, skilful and versatile, having played right-back and on both wings for the Foxes this term.

he is the league’s most effective tackler, having landed a hugely impressive 82

Pereira is also an adept dribbler, averaging 1.67 per 90, and has practically ended Danny Simpson’s career at the King Power Stadium.

He wouldn’t come cheap if Liverpool were to move for the 25-year-old, however, as Leicester would demand a fee in excess of the £20million they paid Porto.

Caligiuri is in the form of his life at 31. Signed initially as a back-up to Baba Rahman in January 2017, he has in the two years since established himself as one of the most important figures at Schalke under Domenico Tedesco.

Caligiuri is second in tackles (58) and successful take-ons (43) for Bundesliga defenders, third for forward passes (317) and fifth in interceptions (34), illustrating how effective he has been on the right side of Tedesco’s back four.

The German-born Italian has showcased his goalscoring prowess of late, too, with strikes against Borussia Dortmund and Augsburg before a match-winning brace to see off his former side Wolfsburg last time out.

While he may not be known to many Liverpool fans, the Reds could do a lot worse than Caligiuri.

The man Pereira hopes to usurp as Portugal’s first-choice right-back, Cancelo has impressed at Juventus following his move from Valencia.

The 24-year-old was a standout performer in the Bianconeri’s win over Manchester United at Old Trafford in September, impressing with his surging runs and clever interplay with Paulo Dybala.

Cancelo tops the dribbling charts in Italy for defenders with 3.11 per 90 and is second in open play key passes per game with 1.69.

As one of the most creative right-sided defenders in Europe, Cancelo may well come under consideration at Anfield. 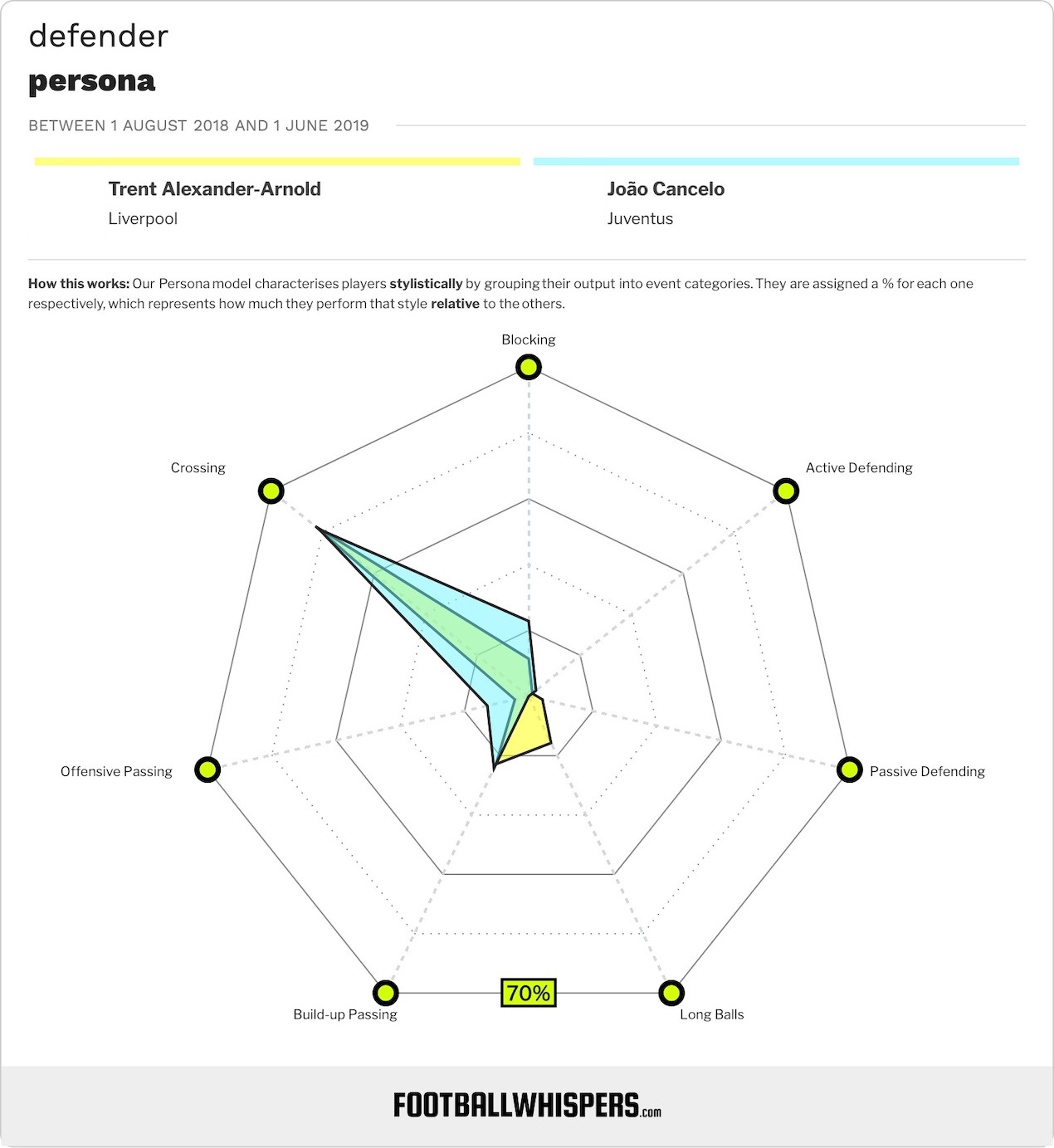 A stalwart of the Monaco side that won Ligue 1 and reached the Champions League semi-finals under Leonardo Jardim in the 2016/17 season, Sidibe has, unlike many from that team, stayed in the principality.

The Frenchman was strongly linked with a move to Atletico Madrid last summer before the Spaniards instead opted for Santiago Arias and has also previously attracted interest from Tottenham and Manchester United.

Injury has interrupted the 26-year-old’s season but, when fit, he is one of the most adventurous right-backs in European football. Suspect at times in defence, he would still be a strong option for Klopp and the sense that he would be keen for a move away from Thierry Henry’s strugglers would only make things easier for the Reds.